Let me start by asking you to lean into your discomfort and try to approach this without getting defensive.

I am learning about my own white privilege.  Learning about systemic racism has really helped me to unpack that privilege, so I am sharing what I have learned with you.

Before we begin, please note that I will be using the term “we” to describe white people.  People of color are not the audience of this blog post.  They live this history every day.  While you and your ancestors may not have actively supported the following pieces of history that have contributed to systemic racism, we still directly benefit from the lasting impact every day.

Millions of people were brought from Africa and the Caribbean and enslaved.  Their children were born into slavery, with no way to break the cycle.

While people held in slavery were not considered citizens and had no rights, white southerners claimed that enslaved peoples should be considered part of the citizen population to increase their numbers in The House of Representatives.  The North disagreed, stating that since enslaved peoples were not citizens, they should not be counted as part of the population being represented.  A compromise was reached that enslaved people could count as three-fifths of a person towards the total population.  This is known as The Three-Fifths Compromise.

In The Dred Scott Case, the Supreme Court ruled that an enslaved person residing in a free state or territory (where slavery was prohibited) was still not entitled to his freedom.  This solidified the understanding that enslaved people were not, and could never be citizens of The United States.

Black Codes were laws designed to limit the freedoms of black people, ensuring that they provided cheap labor after slavery was abolished.  These laws aimed to keep white supremacy in place.

During the Reconstruction Period (post-Civil War,) the 14th and 15th amendments broadened the definition of citizenship and guaranteed all males the right to vote.  Blacks won positions in public office, which angered many whites, leading them to create groups like the KKK with the sole aim of disenfranchising blacks.

Jim Crow Laws required separate schools, railroad cars, hotels, theaters, restaurants, pools, and other establishments for blacks and whites.  These laws were upheld as constitutional in the Supreme Court ruling of Plessy vs. Ferguson.

Sundown towns were all-white neighborhoods throughout the country that practiced a form of housing segregation by stating that all blacks had to leave their town by sundown.  This was either carried out through intimidations or actual law enforcement.

Redlining began with the National Housing Act of 1934.  The government-sponsored Home Owner’s Loan Corporation ranked neighborhoods to decide which were worthy of mortgage lending.  The lower ranked neighborhoods were outlined in red, and were often areas with high concentration of people of color.  Even though it was ruled illegal in the 1968 Fair Housing Act, this form of discrimination is still practiced, and the effects of Redlining can be seen in America’s neighborhoods across the country.

After Redlining communities, we ensured that those communities stayed poor, black communities by depriving them of an equal education.  A large amount of educational funding comes directly from local taxes.  Poorer communities receive less funding per student, creating a great inequity in education.

According to the ACLU, the School-To-Prison pipeline is “a disturbing national trend wherein children are funneled out of public schools and into the juvenile and criminal justice system.  Many of these children have learning disabilities or histories of poverty, abuse, or neglect, and would benefit from additional educational and counseling services.  Instead, they are isolated, punished, and pushed out.  ‘Zero-tolerance’ policies criminalize minor infractions of school rules, while cops in schools lead to students being criminalized for behavior that should be handled inside the school.  Students of color are especially vulnerable to push-out trends and the discriminatory application of discipline.”

People of color learn at a very early age that their history is not what is taught in school.  Our curriculum is centered around white, male dominance.  People of color only account for 22% of characters in children’s literature.  Our media is saturated with white casts, directors, writers, and producers.  Our students of color do not see themselves adequately represented in any of these places.  What does that teach them?

Gerrymadering is when district lines are manipulated to ensure that some voices are favored over others.  This practice has been used to help silence people of color in the election process.  Numerous laws have also been passed, unfairly targeting minority and immigrant groups, often preventing them from exercising their right to vote.

Blacks are incarcerated at a rate five times that of whites.  Factors such as inner city crime resulting from social and economic isolation, suspension/expulsion rates of black children, “zero-tolerance” and “three strikes” policies, and mandatory sentencing all contribute to the over incarceration of people of color.

Blacks are more than 2.5 times more likely to be shot and killed by police officers than whites.  The Black Lives Matter movement works “for a world where black lives are no longer systematically targeted for demise.”

No matter the struggles I have endured in my life thus far, I still benefit from systemic racism, created by years of oppression, much of which I have just highlighted.  These benefits are known as White Privilege.

The innate problem with white privilege is that there is very little in every day life to remind the privileged of its existence.  My race is always represented on television.  My race is always on the cover of the magazines at the check-out counter.  My cultural foods are always available at the grocery store.  My skin tone is always represented in the make-up and band-aid aisles.  In my own educational experience, when I was taught about national heritage and history, I was shown people of my race that made our country what it is today.  Whether I read for pleasure, or read out of text books, the existence of my race and culture is always confirmed in the pages in front of me.

I benefit every day from white privilege.  It is so prevalent that it can be easily dismissed, or even ignored altogether.  Regardless of where we teach, or our student population, it is imperative that white teachers come to understand the depth of white privilege and how it can impact how we teach.  It is up to us to keep our privilege in the front of our minds when we are teaching, planning, establishing our classroom communities, creating resources, and purchasing resources.  It has to be a conscious effort.  It has to be something we work towards every day.

In this online teacher community, I think having the difficult discussions, pushing one another to really look at race in our classroom, and provide one another with support along the way is critical to our communal success.

Now it’s time to do the work.  Here are my actions to help combat systemic racism:

• I promise to listen to and amplify voices of people of color.

• I promise to not have my first reaction be a defensive one when I feel uncomfortable.

• I promise to lean into my discomfort and learn from others and their experiences.

• I promise to actively work to confront my privilege in all aspects of my life.

• I promise to not just be non-racist, but to be ANTI-racist

• I promise to confront injustices when I see them, even if it makes others uncomfortable.

There is work to be done, so let’s get to it!

[ Read More ]
Back To School Friend Wanted Ads
10 Must Have End Of The Year Read Alouds! 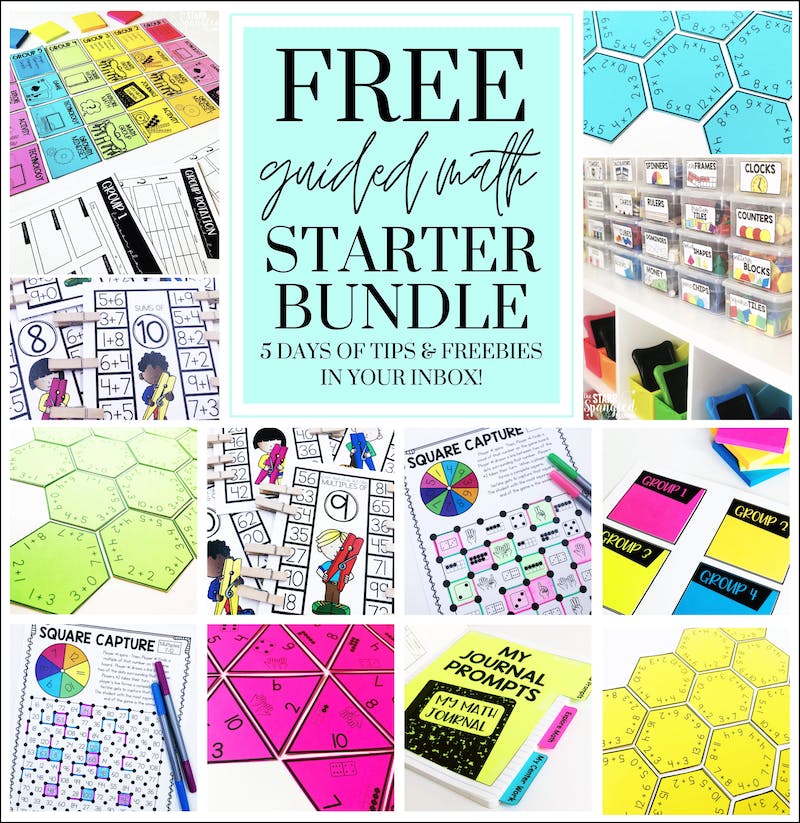 I need help with

I’m proud of myself today. I made a whole lot of

New FREEBIE coming your way! You know math is my f

“The woman I was yesterday, introduced me to the

Today I’m struggling. (I shared in my stories, b

Another reboot because I need it today.  I have

Because we love a good flow chart 👍🏻 Edit: