Make a Ten to Add Activities: Creating Bridges to Ten

Have you ever noticed that your students get really excited about the number ten? Sometimes that number just seems magic. And truthfully, it is! Students become so empowered when they can use ten as a tool. Well, good news! We can bottle this confidence and excitement and help our students develop the make a ten-to-add strategy (also known as making bridges to ten).

Why Make a Ten to Add?

Making a ten to add helps our students think about addition problems in relation to ten. If our students see the equation 9+3, this strategy helps them shift their equation to 10+2, which allows for quicker mental math.

Internalizing the make a ten to add strategy does not happen overnight. Like so many math concepts, our students need multiple and varied ways to engage with and practice this concept.

When we dig into a new concept with our students, it helps to start with visual and physical examples. Ten frames are a perfect visual to use to develop the make a ten to add strategy with our students.  As students become more comfortable with this strategy, they can move away from the visual or manipulatives.

More great news: there are so many ways to practice this strategy. By the end of this post, we’ll cover how to introduce and reinforce make a ten to add.

Whether in small groups or whole group, I start by reminding students how savvy they are with adding ten to a single-digit number. We begin with a warm-up with a few of these problems (e.g. 10+3, 10+ 6, 10 + 4…etc).

Next, I bring out ten frames and counters. As I mentioned, ten frames are my go-to visual for this concept. For the make a ten to add strategy, I model how a ten frame helps us think about our addends. We start with a problem adding a single-digit number to nine, like 9 + 4.  Together, we set the two addends up on separate ten frames.

Then I pose the question: How can we use these ten frames to show 9+4? After some thought, hands go up and at least one student has the idea to move one of the counters from the four to the nine in order to fill a ten frame. On the rare occasion that students don’t naturally come to that conclusion on their own, I might give a little nudge and ask them how they can move the counters around to help us with adding 9+4.

When students realize that they have shifted the problem 9+4 to 10+3, the lightbulbs go off! The confidence in their ability to add ten to a single digit number radiates, and they all want to share the answer.

Making ten to add is an important addition strategy for students to master, as they develop mental math and math fluency. These fun activities and games are a great way to help them do just that!
I NEED THIS!

Now, it’s time to ensure that they’ve made the connection between filling the ten frame and their new confidence in knowing the answer! Guiding questions like these can really help build this connection:

Addition problems are so much easier when we use make a ten to add! I like to follow this up with a few more examples and revisit those questions to really drive the point home.

Once you feel your students have a grasp on this strategy, it’s time to give them independent practice to help them internalize it! Here are some of my absolute favorite make a ten to add center games:

My students love a board game where they move pieces along a path! Turn Nine to Ten (and Turn Eight to Ten) is a twist on a classic board game. Students begin with their counter at start and take turns drawing a card from the deck. Students read the number sentence. They use the make a ten to add strategy to move their counter to the next space that corresponds to that card. For example, if a student draws the 9+5 card, they’ll move their counter to the 10+4 space. Play continues around the board until someone reaches the Finish space!

Make a Ten to Add Kaboom

In this class-favorite game, students take turns pulling a stick from a cup. They solve the addition problem on the stick. With two variations of make a ten to add Kaboom, students can practice with ten frames or with number sentences. If students answer correctly, they keep the stick. If students pull the Kaboom stick, they put all their sticks back in the cup. Kaboom keeps going and going as my students get more and more practice with the make a ten to add strategy!

Five in a Row

Five in a Row is another familiar class favorite. We play this game in just about every unit, so students are familiar with the rules and can focus on practicing the strategy. With the make a ten to add version, students spin for a sum. Then they cover a square with a corresponding number sentence. The first one to five in a row wins. I differentiate this game by selecting the types of number sentences (eight, nine, or ten plus a number) and whether students match to a sum or an equivalent number sentence. Some students are working on matching ten plus three to thirteen, while other students are working on matching eight plus four to ten plus two.

Following practice with this mat, students can move on to a never-ending recording sheet to practice making a ten from various number sentences beginning with seven, eight, and nine. Don’t worry, there’s still a spinner involved to keep things interesting!

This game takes the Bridges to Ten activity a step further! Since our goal with the make a ten to add strategy is to increase our students’ fluency and efficiency with addition problems, we can also reinforce number bonds when making tens. Bonds to make Bridges encourages students to think about the numbers bonds that make up the second addend.

Addends Over the Bridge

This make a ten to add game is a spin-off of Five in a Row. Students work towards three in a row, but this time thinking about a missing added. Students spin for a starting number and a sum. Then they figure out the missing addend to cover on the board. This is a great option for our students that are ready to take this strategy a step further, as it reinforces solving for missing addends.

Making ten to add is an important addition strategy for students to master, as they develop mental math and math fluency. These fun activities and games are a great way to help them do just that!
I NEED THIS!

Make a Ten to Add All Year

There are lots of wonderful ways that you can reinforce the make a ten to add strategy in your classroom throughout the year. In my clasroom, ten frames showed up in lots of ways, giving us lots of opportunities to practice:

We also spent time during guided math and number talks observing and manipulating various configurations of dots on ten frames. All of these practices help familiarize our students with the ten frame model, and creating that foundation for making a ten to add.

I hope this gives you some ideas for practicing this strategy with your students. Do you have a favorite make ten to add game or activity? I’d love to hear about it! 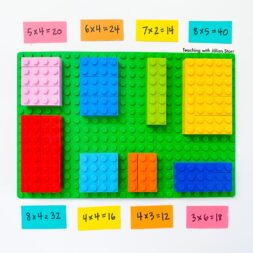 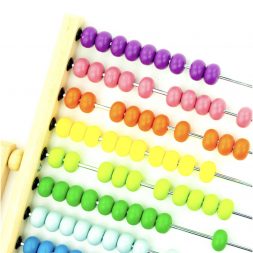 What is Guided Math and What is it Not?