I hope you’ll walk away from, this post with additional ways to use fraction manipulatives in your classroom and that I can steer you in the direction of some unconventional favorites. Let’s get started!

Dust off those dominoes in your attic. They’re your new best friend (or, rather, your co-teacher). While it might seem odd, that basket of dominos is one of my favorite manipulatives. They sneakily support a range of fraction subskills while ranging from a high-scaffold tool to one of the few fraction manipulatives that support higher-level fractional thinking.

So, why are dominoes so helpful? First, let’s look closely at dominoes. Dominoes are plastic rectangles divided in the middle by a line. A number (1-9) is depicted on either side in dots.

Now, let’s think about fractions. Written numerically, a fraction is represented by a numerator on top and a denominator on the bottom.  A line divides those two numbers.

Flip a domino vertically and it becomes a visual representation of a fraction. These are great manipulatives because they give you access to a library of fraction examples! This can be really helpful when you want to cut out the prep work of making fraction cards (which inevitably get ruined). Instead, swap them out for dominoes.

I love dominoes so much, I started creating fraction activities to specifically use with dominoes (like the one below).

One of my favorite games is Dominoes Comparing Fractions. While the game can be played with dice or dominoes, dominoes require fewer steps.

This game is endless (as long as I’ve printed enough recording sheets!) and easy to complete independently, with a partner, or in a small group.

Here’s the thing about teaching fractions: repeated, visual, and hands-on practice is a must. That’s why many teachers believe that Fraction Tiles are the holy grail of fraction manipulatives. Fraction tiles make concrete and visual representations of fractions easy across subskills.

What are they? Fraction tiles are a series of bars. Each bar is a different color. And each bar is divided into different unit fractions. Most sets include fractions through one-twelfth.

At the beginning of a fraction unit, they represent unit fractions perfectly. Students can begin learning about how denominators work.

Next, you can use this fraction manipulative to think about parts of a whole, and different combinations of fractions. I like to focus on one bar at a time in my first lessons. We look at the difference between one-third, two-thirds, and three-thirds. Step by step, we learn the importance of the numerator. 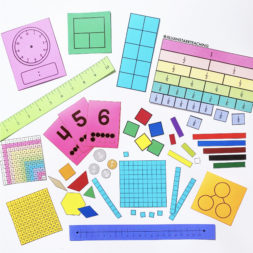 Need to keep students supplies separate, but still want them to have access to ALL the math manipulatives? Grab these free printables and problem solved!

Beyond the basics, I use fraction tiles to support learning about equivalent fractions and, eventually, improper fractions. Their bar shape allows them to be used in many ways without any limiting factors.

Parts of a Whole

I love how pattern blocks support understanding “parts of a whole.”

Often, when we think about “parts of a whole,” we support learning about wholes made up of equal parts. For example, a circle is divided into six equal parts. Those six parts make up a whole. Done.

There is another crucial step to remember when teaching parts of a whole. A whole can be made of “unequal” parts. For example, a circle can be divided into three parts: three-sixths (aka one-half), two-sixths (aka one-third), and one-sixth. Ultimately, these fractions can be written as “sixths,” and most can be simplified.

Pattern blocks help students construct this understanding. The whole of a hexagon can take shape (no pun intended) in many ways.

Capture-a-Whole is one of my favorite games to support the continuous, independent exploration of this concept.

Side Note: Capture-a-whole is an excellent foundation for multiplying fractions with pattern blocks in upper grades).

You know… I really wish I had invented the Post-It because Post-Its save the day once again.

But after using post-its for teaching equivalent fractions, I realized that I could just keep going! Fraction Post-Its are now one of my absolute favorites for teaching improper fraction activities, and they’re a great way to kick off your unit on improper fractions and mixed numbers. They support a step-by-step, whole-group lesson that creates a foundation. Here’s how I use them:

Step 1: We begin with a post-it that shows halves. I write 1/2 on the board and ask students to shade in one-half.

Step 2: I write 2/2 on the board. I ask: “What do you think this fraction would look like shaded?” After some ideas, I ask students to show 2/2 shaded on their post-it notes.

Step 3: I write 3/2 on the board. This time, I ask, “How do we say this fraction?” There is often a range of responses. Often, however, one big misconception arises. Students shout: “two-thirds!” This is the perfect incorrect answer that launches me into a question and a think-aloud. First, I write 2/3 and ask: How would I say this fraction? Then, I think aloud: Hmm… when I hear two-thirds, I write 2/3. The numerator on top shows two pieces, and the denominator on the bottom shows that there are three pieces total. I guide them to see that 2/3 discusses three equal shares, whereas 3/2 is looking at two equal shares.

Step 4: Next, I ask, “What do you think this fraction looks like with your post-it note?” Notice: Many will say it can’t be done. Let them keep exploring. After some time, a couple of students will conclude that they need another post-it. I give everyone a second one and allow them to shade in another half. It’s time to talk about what they see. (The wait time is crucial!)

Step 5: We can help them connect the second post-it to understanding that they have a whole and leftover fraction. That’s when I reveal a new way of saying this number: 1 1/2. Now students can see the improper fraction and mixed fraction side by side. “What can we say about these two numbers?” The goal: students identify that the same amount can be called two different names: three halves and one and a half.

You can grab fraction post-it notes for FREE below! 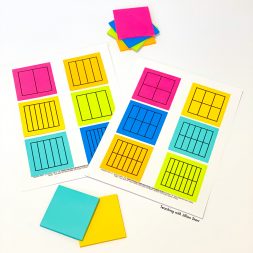 Looking for a concrete way to help your students visualize fractions? Just stick, print, and let your students color in their fractions to create helpful visuals in your classroom!

Are you wondering why fraction tiles and fraction circles are listed as two different fraction manipulatives? Because I firmly believe that they are. And, more importantly, that it is beneficial for students to use both.

Fraction tiles and fraction circles do have a lot in common:

However, there is one key component that changes everything for students:

Seriously, that means everything.

When learning about fractions, students are learning for the first time that a single number can represent many different visuals. ⅕ of a pizza is different than ⅕ of a baguette. But they are both ⅕.  That can be incredibly confusing and a roadblock to success without the proper exposure to examples.

Our students don’t just need repeated visual and hands-on practice. They also need practice with fraction manipulatives that challenge their ideas of what a fraction looks like. If I had a penny for every time a student looked at me with quizzical eyes when introduced to a different size of the same unit fraction…

I incorporate fraction circles into almost all the same lessons as fraction tiles. However, I introduce them separately and scaffold their usage before they become independent fraction manipulatives.

Like fraction tiles, fraction circles can be used as fraction manipulatives for almost every part of your fraction unit:

Once your students are ready, start your morning with a “fraction of the day” or “fraction of the week” during your morning meeting calendar math routine. Go through the fraction bar and fraction circles, displaying one of each as an example of the same unit fraction. For example, one morning, the daily unit fraction could be one-third. I would take one one-third bar and one-third circle and put them next to our class calendar. (FYI- I highly recommend a set of magnetic fraction circles and bars for this).

Counting By 10s: Where most students get stuck and knowing exactly how to help
3 Easy Word Ladders Activities for Your Classroom 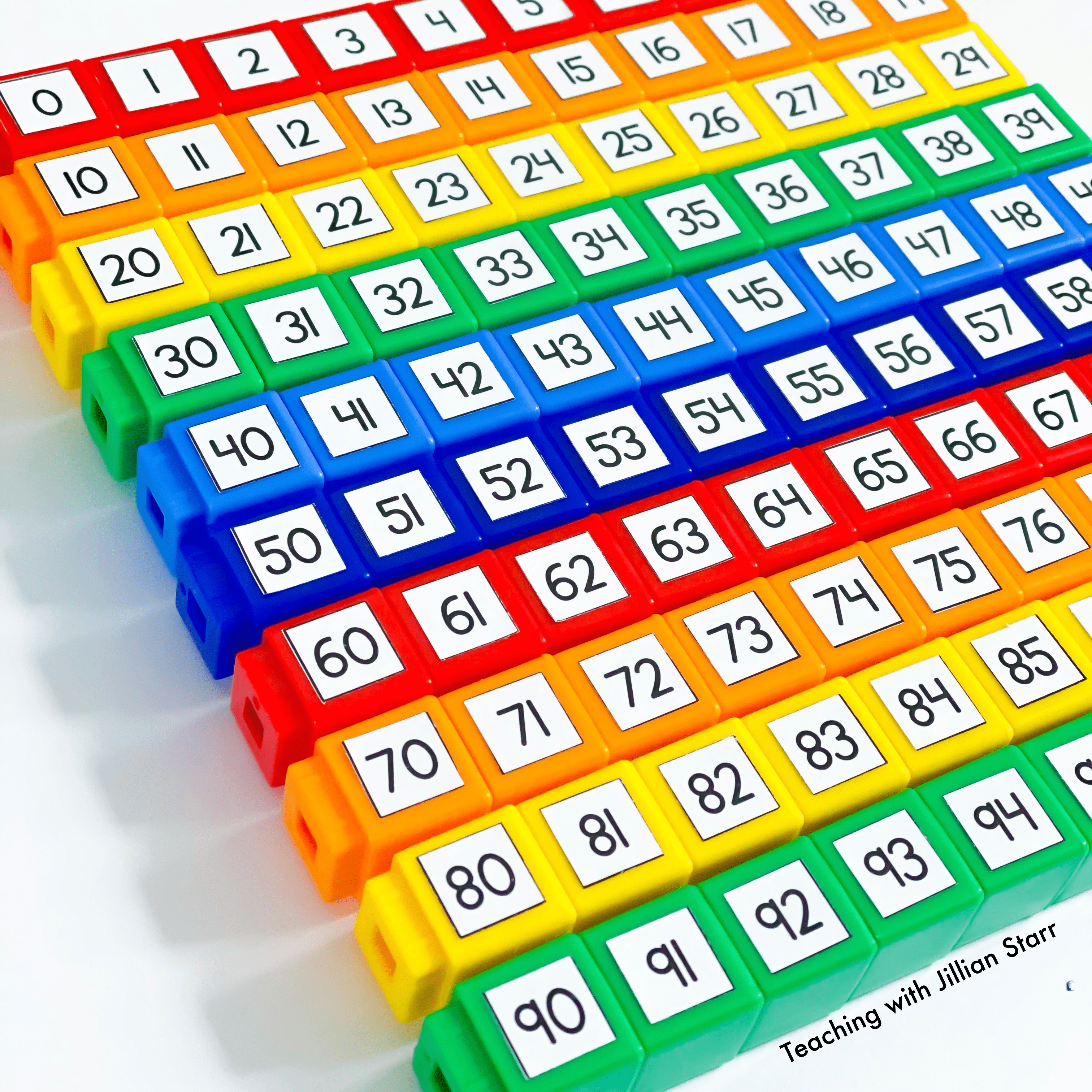 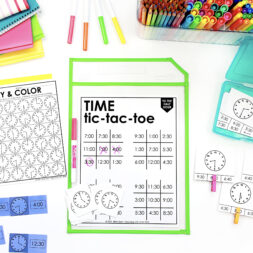 How to Reinforce Time to the Half Hour During Centers 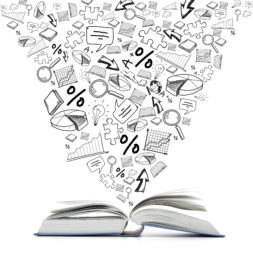 3 Steps to Making Guided Math Work with Your Curriculum