Those who have followed me for a while know that I’m on a mission to teach students that math can be found everywhere. Math is not just limited to a daily academic block and repetitive facts learned at home. Math describes the world around us. One of the most convincing pieces of evidence is multiplication arrays.

How to introduce these in a real-life context? Enter: math scavenger hunts.

Math scavenger hunts are a simple way to lead students to discover math patterns in the “real world.” They are exciting and tangible, requiring students to look closely and explore. Today, I will guide you through this three-step series of lessons. It is one of my favorite hands-on multiplication activities.

Even more important: it results in a classroom of students who really know the concept of a multiplication array.

The WHY:  Multiplication Arrays and Their Power

Let’s start with the basics. I’ve heard questions from teachers about why we should spend a significant amount of time on multiplication arrays. Here’s the not-so-short answer.

It Starts with Mathematical Representation

If a student does not have a solid grasp of one representation, it can impact their entire understanding of a core mathematical concept.

Multiplication arrays are arrangements of equal rows or columns representing or matching the numbers in a multiplication equation. For example, in equation 3 x 5, there are 3 rows of 5. They can be found literally everywhere. And they can be replicated through multiplication activities that involve manipulatives and visuals.

Multiplication arrays are not just pictorial, visual representations of multiplication. They are physical (concrete) manifestations of math in our daily lives (contextual).

What does that mean? They exemplify and carry students through multiple stages of math through one experience.

Multiplication arrays are all of those.

There are multiple ways in which concrete versions of multiplication arrays enter the everyday lives of our students.

All of these are physical, concrete examples of math.

Throughout their lives, students will interact and analyze both versions of multiplication arrays. But how do we get them to start seeing them as representations of math?

The 3-Step Approach to Multiplication Arrays

Wouldn’t it be wonderful if you could just say, “math is everywhere,” and POOF students can see the math patterns around them? Unfortunately, as we all know, students won’t just believe that math is everywhere. For many learners, seeing is believing.

In my classroom, convincing students that multiplication arrays are everywhere began with a discussion. A simple discussion often gets them thinking in new mathematical ways.

First, we talk about what we already know about multiplication. Their background knowledge depends largely on their grade and math experiences. Students often pinpoint:

Then, we discuss ways we might show multiplication. This is when students might get stumped. Often, one or two students share that you can show multiplication with a specific type of manipulative. Students who have more experience with multiplication might reference examples from their own lives. For example: “When I go shopping, and we buy three cans of soup. That’s three times one.”

Step One: Multiplication Arrays in the Classroom

When introducing a large, real-world concept, I like to start with our micro-world: the classroom. The classroom is a contained space where students can easily find and present multiplication arrays to their peers.

So, we start by focusing on the classroom. Sometimes even just a wall.

I ask students, Where do we see multiplication arrays in this section of our classroom?

Get ready for a lot of hands.

Throughout my years doing this exercise, students typically found multiplication arrays often in a range of places, including:

If you’re starting with a wall, I highly recommend one that includes job charts, center rotation charts, and other wall resources that may also be in the form of an array.

When launching this activity, I am very specific with my language. Rather than using the question starter “Do you see…”, I use “Where do we…”. This acknowledges that there are definitely arrays to be seen.

Step 2: Multiplication Arrays Throughout the School

You’re at a pivotal moment. Students are becoming more aware of multiplication arrays. They have seen proof that they are present in our own contained space.

But, now what? Now it is time to transfer this knowledge. Because, after all, I want students to notice math everywhere. Not just the classroom.

Next Stop: The Whole School.

This step takes additional scaffolding (for the sake of everyone in the school community!) We begin as partners or as a whole group. As students walk through, I ask students to notice the arrays. When in partners, they record their findings. They can either draw/sketch their findings or write them down in a list. When we walk as a group, students “mentally collect” what they notice. They raise their hand and point it out to the whole class.

After we full walk through the school, we share! Trust me: You will be surprised by the number of arrays students find.

By now, most students should be convinced that they can find a multiplication array beyond the classroom walls. In fact, many students will be excited to keep discovering arrays anywhere they can. Capitalize on that excitement! Take this activity one step further: a scavenger hunt at home.

In this final stage, I ask students: Where do you see arrays at home? This question could be posed as homework, or students could visualize their homes and name arrays that they can remember. Challenge students to explore and discover arrays in their own homes and the world outside the school. You are guaranteed to hear excited cheers of “I noticed that _________ was an array!” Here are some of the many arrays students have shared over the years:

One of my students came in after a long personal scavenger hunt announcing that they even found an array in the freezer: the ice cube tray!

What Next for Multiplication Arrays?

The next step is to continue practicing work with concrete and visual representations before jumping into verbal and symbolic representations of multiplication. To do so, I rely heavily on my favorite hands-on activities. Here are two of my favorites!

The gameplay is simple, and students will have fun playing for hours if you let them. Here’s how the game is played:

Added bonus: Array Capture is an activity that can be easily differentiated by swapping out sets of dice. I let my students choose the dice they want to play with– only rarely needed to “suggest” a more difficult or simple set. My students just learning multiplication usually select a set of dice that has only numbers 1-4, whereas other students may challenge themselves with numbers 5-10. 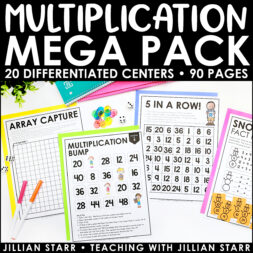 I find it a particularly effective way for two reasons: 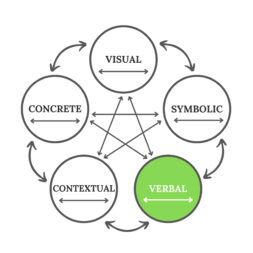 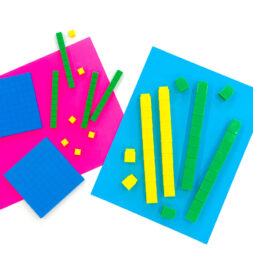 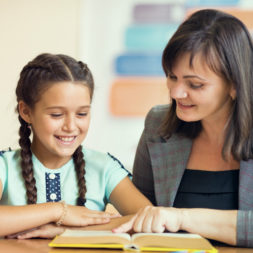